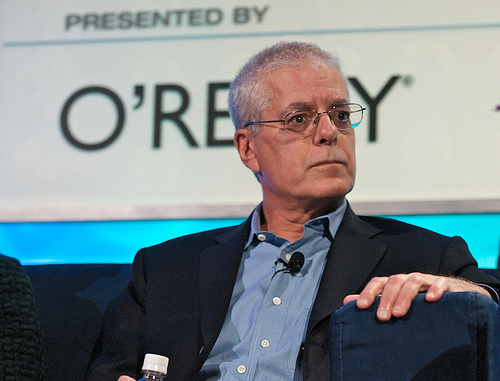 Martin Nisenholtz is a digital media pioneer. He founded perhaps the first digital marketing group at Olgilvy and Mather all the way back in 1983. But from 1995 through 2012, he was first the President of New York Times Electronic Media and then CEO of New York Times Digital and then Senior Vice President of Digital Operations at the New York Times Company. Martin, is literally the guy who has been front and center in everything the Times has been doing in digital for the last 20 years. He headed the team the launched the first NYTimes.com website back in 1995, and he has helped steer all of their web and digital efforts all the way through to the present social and mobile era.

By the way, as promised, here are some early NYTimes screenshots, compliments of Rich Meislin. 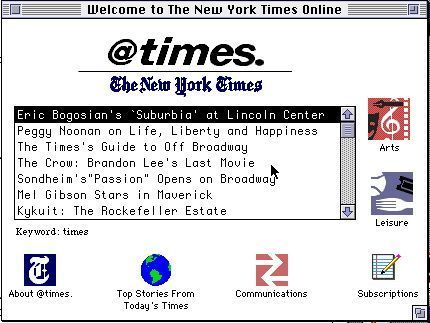 Here is a screenshot of @Times on AOL 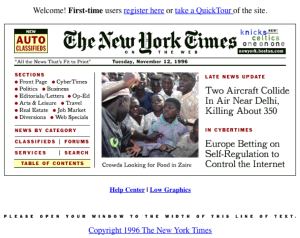 And here’s an early NYTimes.com homepage

The History of the Dotcom Bubble