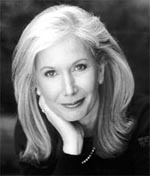 Nancy Evans and Candice Carpenter founded iVillage in the mid 1990s. iVillage was one of the first community-focused sites on the early web, and grew to be one of the biggest of its ilk. Not only was iVillage a site and a company founded by women, but it was also among the first sites that targeted women as a demographic in the early web era. Nancy recounts for us the development of the company, the benefits and pitfalls involved in being one of the highest-flying companies of the dot com era, and gives us some powerful perspective about the role women have played from the very beginning of the web era.