20 years ago, the acclaimed documentarian Doug Block released a landmark film, Home Page. Doug’s documentary accidentally chronicled the birth of blogging, featuring several people we’ve talked to on this very show, including Justin Hall. But the documentary also captured a moment in time, the web going mainstream, the beginnings of the dotcom bubble, the early days of Wired, Hotwired and Suck and also so many of the things I ask people about on here regularly. How people learned to live online, to begin to port all of modern life over to the digital. Well, Home Page is celebrating its 20th anniversary with a re-release, and starting this week, you can watch it yourself everywhere films are gettable, including iTunes. Today we speak to Doug Block about this amazing movie that I think is one of the best historical records of the era we have been interrogating for nearly 5 years on this podcast. Go watch Home Page yourself, and check out The D-word, Doug’s community for documentarians, at D-word.com. 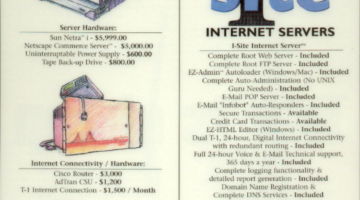