At Rosewood hotel for 20th reunion party tonight to celebrate Netscape founding. How the hell has it been 20yrs? #timeflies

Congratulations to all of my colleagues and friends from Netscape on the Netscape 20th anniversary reunion tonight! https://t.co/DNmK20DjnB

@pmarca Wish you could have been here. (Obviously!!) wouldn't have happened without you. Was a great time.

@pmarca 20 years ago today we walked into 650 Castro and began working on what became Netscape… (cc @atotic ) pic.twitter.com/kxbyBRZG2d

When I interviewed the Netscape team, many of them told me that the “real” anniversary they were celebrating would not be April 4, when the company was founded, but May 10, when most of them got to California and really got to work.

As you can see above, they’re marking the occasion.

Congrats to all involved. 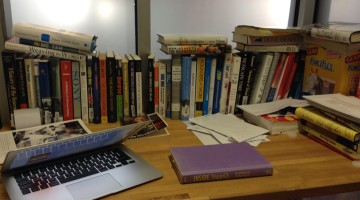 Researching The Next Episode…